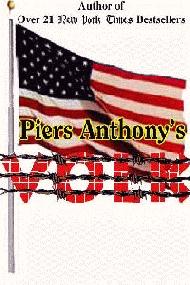 "I couldn't put my keyboard down."
David McGrath

Pulpless.Comtm is proud to make this groundbreaking, never-before-published and otherwise completely unavailable novel available at less than the cost of a paperback -- $3.50, including all applicable sales tax!

Your choice of two popular formats:

290 pages, 1.08 megabyte download
Use with free Adobe Acrobat reader software! This edition is -- in text, form, graphics, and layout -- exactly like a printed hardcover book, but with all the advantages of an electronic document: change typesize at will, zoom in and out, search by key words or page. Entire book is searchable as a single document! Also perfect for printing out pages that look just like a printed book!

371 K download
This edition is an HTML & graphics edition optimized for onscreen/ offline reading by any web browser: Netscape, Microsoft Internet Explorer, etc. (This is the edition we've adapted for the OnLine Sampler.) You simply download the Zip archive, open the archive with PkUnzip or WinZip (Macintosh users can open the archive with Unstuffit or Download a Mac version of UnZip from us), and in the Files Menu of Netscape or other web browser choose "Open File" instead of "Open Location" to begin reading while offline!

Piers Anthony managed to sell 102 books to traditional publishers, and twenty-one of them landed on The New York Times bestseller list. But when it came time to find a publisher for what some consider his most important novel to date, an historical novel of the Spanish Civil War and World War II, nobody in the publishing establishment wanted to touch it.

No. Volk is a love story.

Did Piers Anthony try to tell us that the Nazis were good guys or that the Holocaust never happened?

No. In Piers Anthony's Volk, nothing is done to mask the evil of Nazism and the millions of lives lost at their hands.

Piers Anthony only had to do one thing in order to get the major publishers to censor him.

All he had to do was write a novel suggesting, as did Kurt Vonnegut in Slaughterhouse-5, that the United States was capable of commiting war crimes during World War II, also. But KurtVonnegut published Slaughterhouse-5 in 1969, when there was still the remnants of a publishing industry in this country that believed in freedom of the press.

Get set to read the major underground novel of the Internet -- the novel by a megabestselling author which would not have been published if advances in technology didn't make it possible for Piers Anthony to make his work available directly to the reader, bypassing the censors in New York.

The revolution against censorship is in front of your eyes.

"Volk is a masterpiece."
Brad Linaweaver, author of Moon of Ice,
from his Foreword

"Mr. Anthony demonstrates the futility of war. If you're a pacifist -- indeed, if you're not -- Volk is a book worth reading. It's a book I'd want to buy on the bookstands, even if I weren't a Piers Anthony fan."
From a review by David McGrath (pat@fur.com)

You are reader number